If for whatever reason you need to have WiFi occasionally on your desktop PC , you can always use a USB WiFi adapter; However, if you need WiFi to be more permanent and stable, then you will need a PCIe WiFi expansion card , for which in this article we are going to recommend the best on the market.

Keep in mind that these types of expansion cards require installation, and of course you have at least one free PCIe socket on your motherboard. In exchange, you will have a faster and more stable connection than if you used a USB adapter, making it ideal if, due to the conditions of your home, you need to be able to connect your desktop PC to domestic WiFi. With that said, let’s go there. 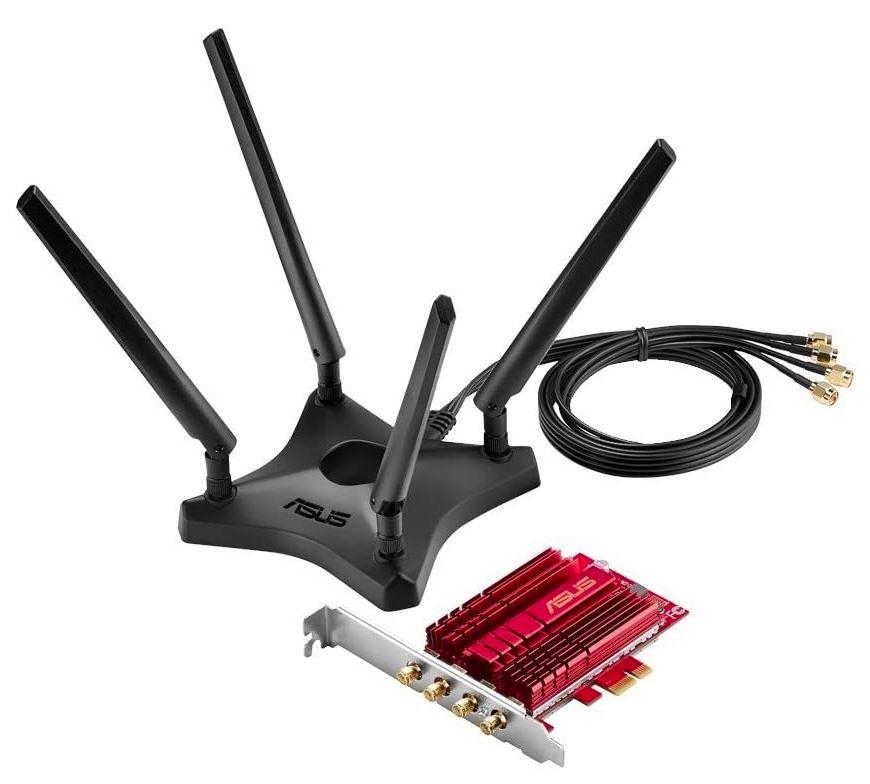 This is the best wireless network card that ASUS has in its catalog, and one that will not leave users indifferent. To begin with, it offers the possibility of plugging the four antennas either directly into the network card, or into an adapter that will allow us to put them more “in sight” to improve coverage. Still, it offers WiFi AC3100 4 × 4 connectivity of up to 2100 Mbps in the 5 GHz band and 1000 Mbps in the 2.4 GHz band, with 60% more coverage than with 3 × 3 AC adapters.

Internally, this PCIe WiFi card needs a PCI-Express 2.0 x1 socket to function, but of course it supports PCIe 3.0 sockets. It integrates, as you can see, its own passive heatsink to avoid problems with overheating. 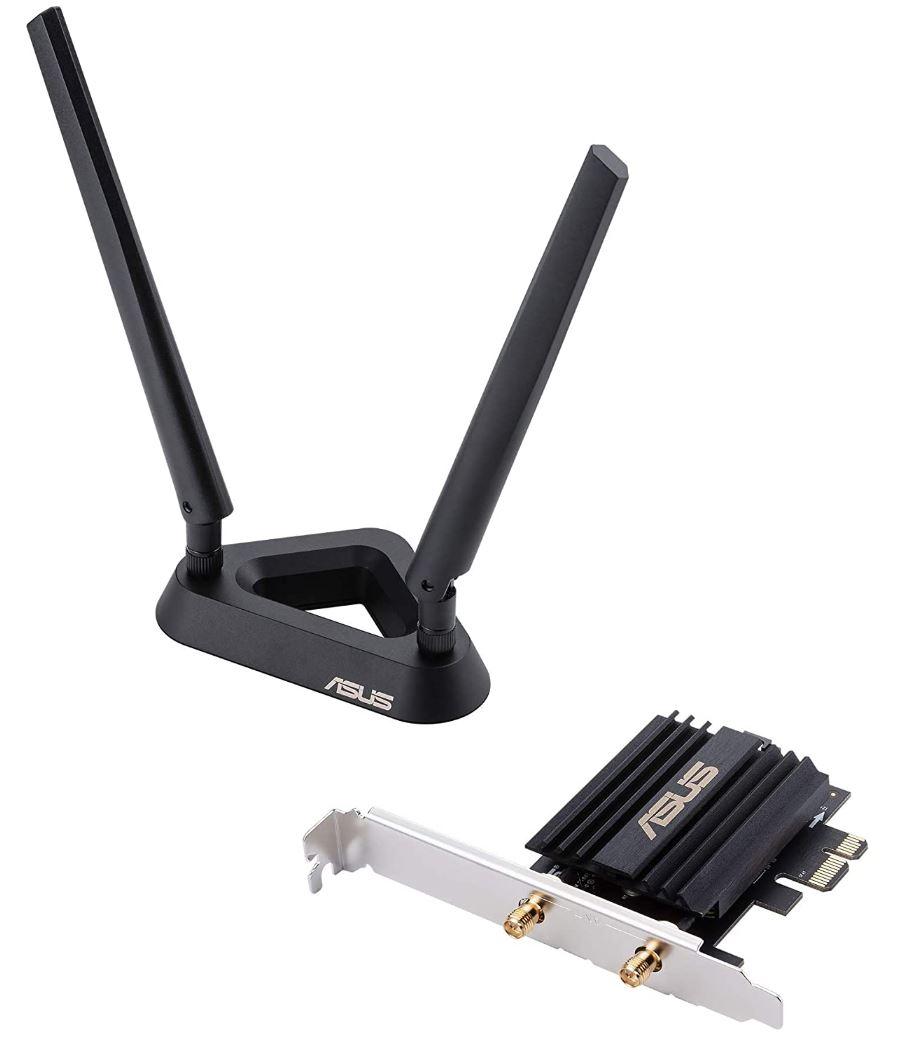 This other manufacturer option offers WiFi 6 AX3000 (802.11ax), with better performance and lower power consumption. Like the previous one, it occupies a PCI-Express 2.0 x1 socket and has its own integrated heatsink, and like the previous one we will have the option of anchoring the antennas directly to the card or using their included extender.

It should be noted that it has ofdma and mu-mimo technology, so in this case with two antennas it is more than enough to have excellent wireless coverage. Also, in this case, this expansion card adds Bluetooth 5.0 to the PC, which is always welcome. 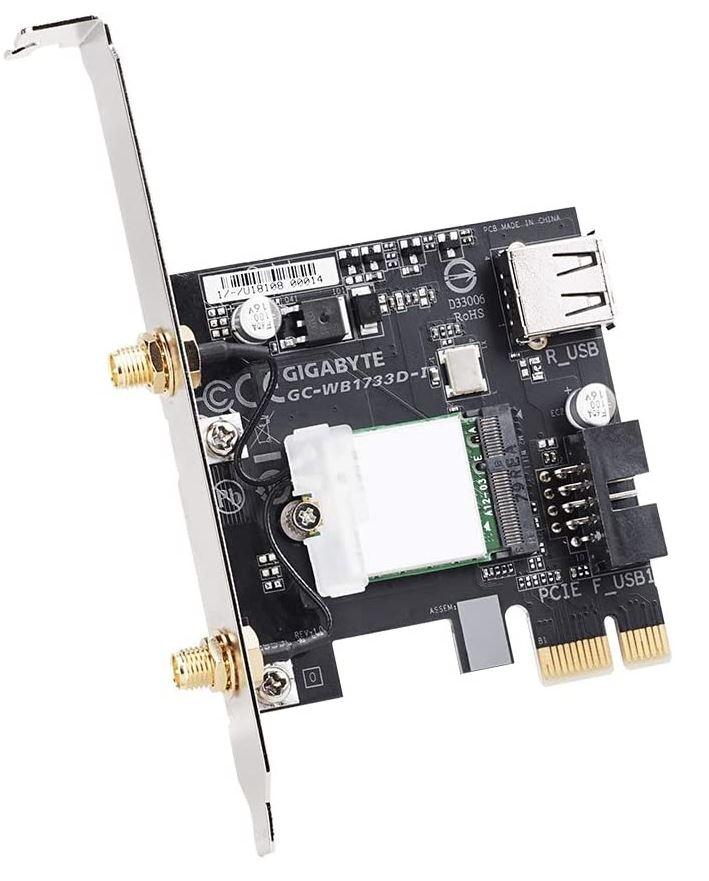 This Gigabyte wireless card offers 802.11ac WiFi connectivity with two antennas (2 × 2) for better coverage. It integrates an Intel Wireless AC-9260 network card with a performance of up to 1733 Mbps on the 5 GHz channel, and also adds Bluetooth 5.0 connectivity. 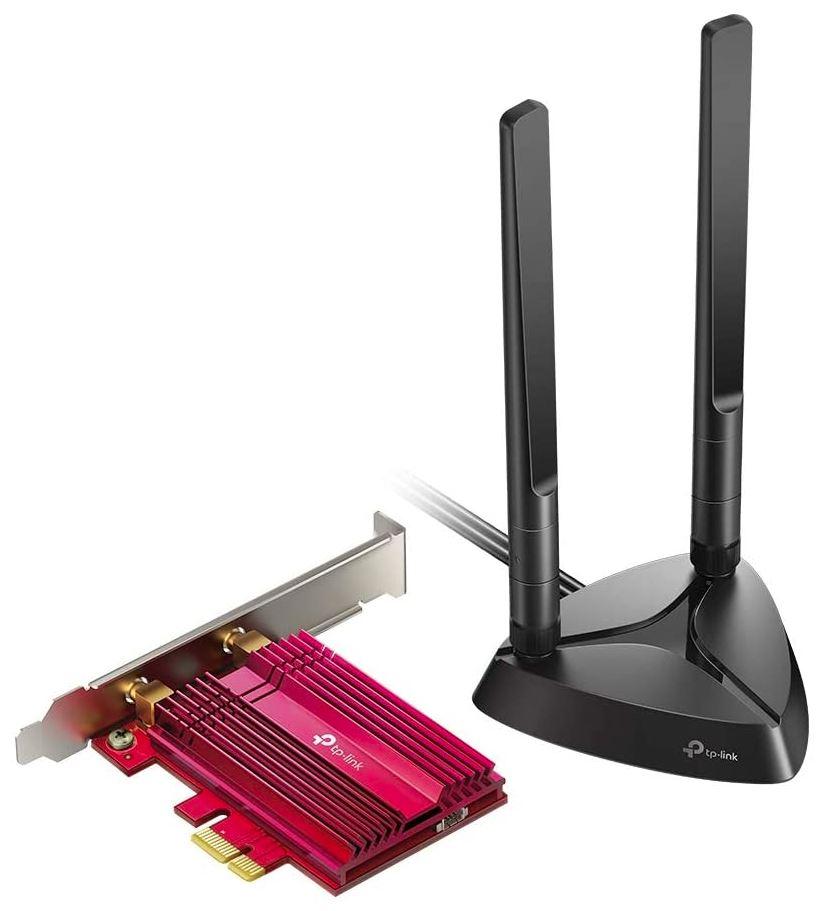 Network specialist TP-LINK also has a handful of very high-end PCIe wireless adapters, most notably this TX3000E model that integrates WiFi 6 (AX3000) on the desktop PC using a PCI-Express 2.0 x1 port. It provides a performance of up to 2402 Mbps in the 5 GHz band and 574 Mbps in the 2.4 Ghz band, and also adds Bluetooth 5.0 to the system with the same card.

As with the ASUS models that we have seen before, in this case we will have the opportunity to choose whether to install the antennas directly on the network card or use the supplied extender, which best suits the user in pursuit of having the best wireless coverage. 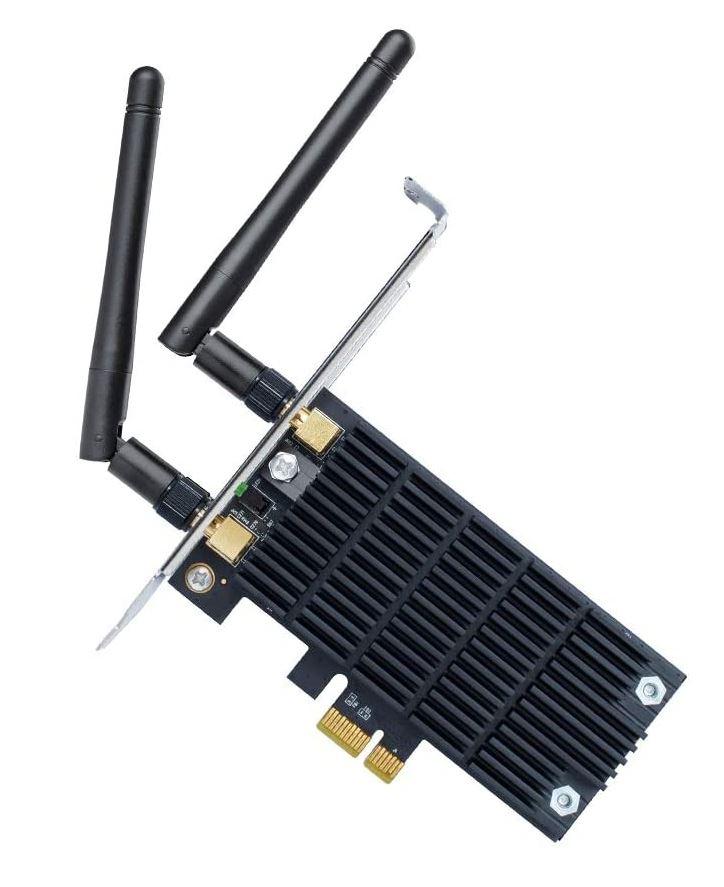 This other TP-LINK model is somewhat older, but it is an excellent option to have WiFi connectivity on a desktop PC at a low cost, since its price is really quite attractive. It uses a PCI-Express 2.0 x1 socket on the motherboard and has its factory passive heatsink. 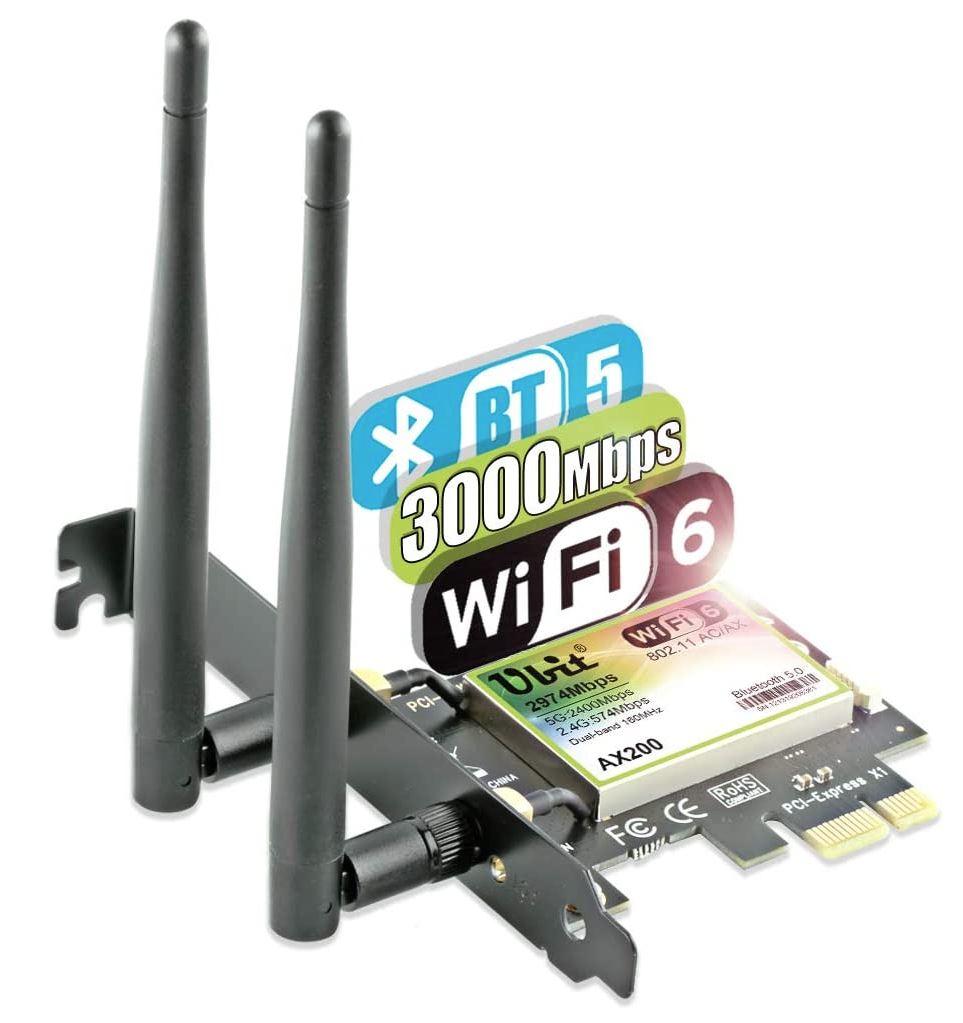 We are talking about the best PCIe WiFi cards on the market, and so far we have recommended the ones we know. In this case we make an exception and add this little-known manufacturer model due to its performance / price ratio and user ratings, which have made it a top seller.