Windows has always been characterized as a very intuitive system for all types of users. For more advanced users, it has a command line console that has never had an excellent interface, nor has it been characterized by being very intuitive. That has led many developers and sysadmins to install third-party options based on Unix and other consoles.

It is also true that with Windows 10 Microsoft improved its command line console, but even so, many users prefer a more modern and configurable terminal emulator. If this is our case, we present you which are the best alternatives to CMD that we can use in Windows. CMD or Command Prompt in Windows

When we talk about CMD or Command Prompt we are not referring to the MS-DOS terminal that we can find in all versions of Windows. From this terminal we can execute certain commands in our operating system. Although it is only used to perform some very specific tasks, the truth is that this command prompt application is very impractical for those users who tend to need to use certain functions. And it is that more advanced users need the command prompt to be relevant to be able to make special adjustments, commands and even to kill Windows processes.

Luckily, it is possible to find many alternatives to the Command Prompt that are capable of using the same functions of the command line, but also have a better interface and add more modern functions. For example, it is important that they have tabbed windows, transparency or a better copy and paste system to facilitate tasks. In case we need to use the command line frequently, we have the best alternatives to CMD that we can use in Windows.

Free alternatives to the command prompt

If the Command Prompt tool seems too archaic and lacking in features, then we will talk about a series of free tools that we can use as an alternative.

Terminus, a console with a minimalist and modern interface

We are talking about a free and open source application that has been developed as an alternative to the main operating system consoles, such as CMD in the case of Windows. It is characterized by having a minimalist and modern interface, as well as having additional functions and features for better use. It has a tab-based interface, allows multiple windows to be placed anywhere on the screen, and has full Unicode support. In addition, we can paste a path of a directory by simply dragging it to the window and it is customizable both in appearance and in functions. 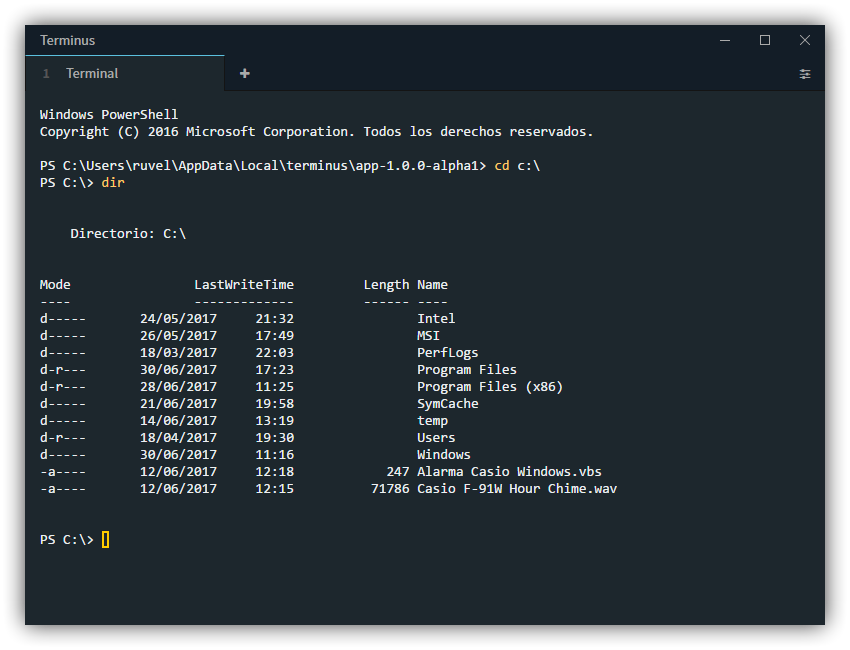 ConEmu, one of the most complete options

It is a free and open source console emulator for Windows, positioning itself as one of the best alternatives to CMD. It has functions such as tabbed browsing , which we can organize for better organization, multiple windows, as well as a wide variety of customization options. You have the ability to create a list of predefined commands, and you can simultaneously run PowerShell, Command Line, Chocolatey, Git Bash, and other tools in parallel with each other.

If we want to use ConEmu, we can download it for free from this link . 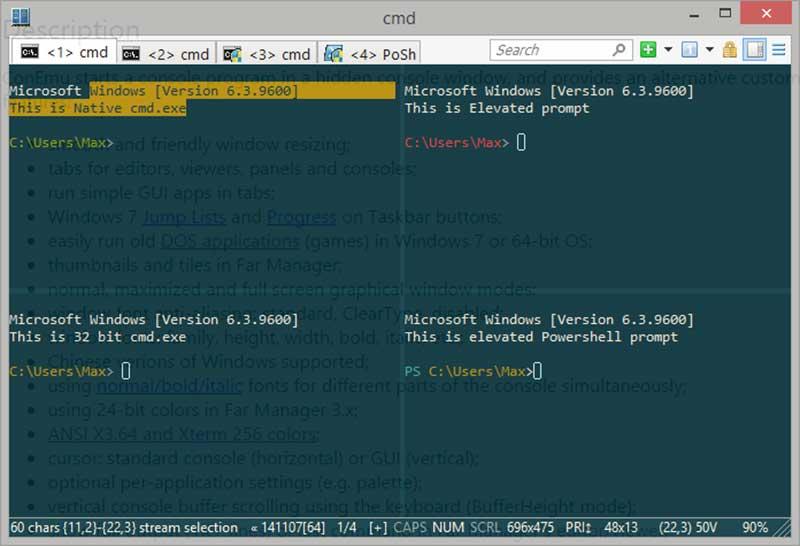 Cmder, the most popular alternative

It is one of the best known alternatives to Windows Command Prompt, which was born out of the frustration of its developers caused by the lack of a good alternative to the Windows operating system. It has been built based on ConEmu but adding some Shell functions. It has support for tabs to open more than one Shell window in the same program, as well as to open more than one console by dividing the screen into two equal halves. It supports msysgit, PowerShell, cygwin, and Mintty. In addition, it is highly customizable, being able to modify its appearance by changing the color, position and fonts.

Cmder is a portable, open source console that can be downloaded for free from here .

We speak with a command console capable of offering the same functionalities as CMD, but performing the tasks in a more attractive way, adding missing features to the Windows Command Prompt. It includes useful functions such as tabs and keyboard shortcuts to improve our productivity. It can also be integrated with PowerShell so we don’t have to open another window to meet our needs when using PowerShell. In addition, it is highly customizable, so we can change the type of font, the position and titles of the windows, the coupling, etc.

We can download Console 2 for free from this link. 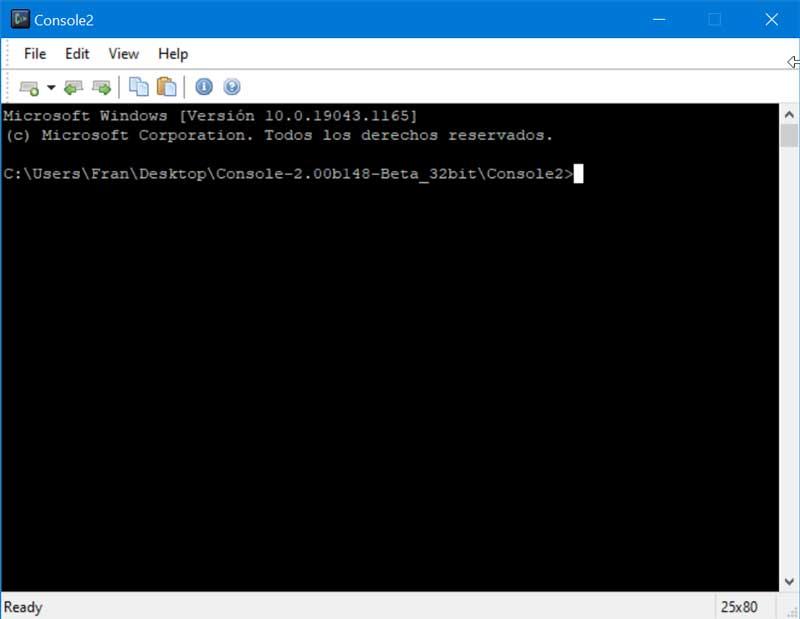 It is a free and open source terminal emulator derived from Cygwin and other projects such as WSL that offers a Unix-like environment for Windows. Its interface is simple and offers support for images, graphics and emoji . It has a wide collection of additional features such as drag and drop, full screen, copy and paste, as well as theme support. It allows easy text selection using the keyboard and mouse at the same time, supporting underlining, shading, superscript and overlay. 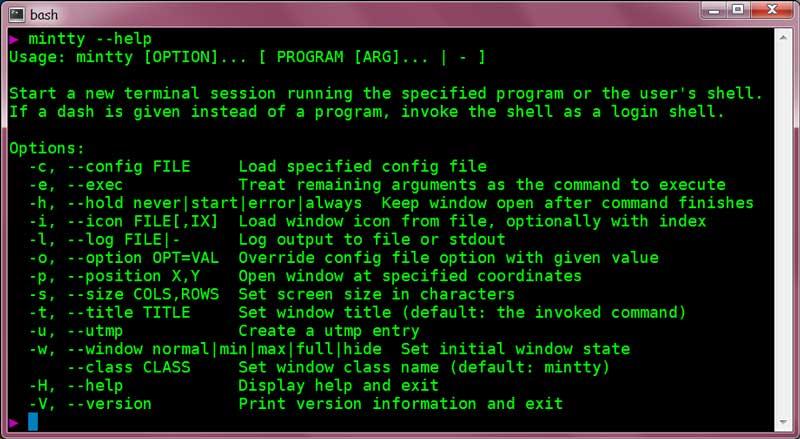 For more advanced users looking for a more professional application, you can use the following payment terminal emulation software.

FireCMD, for the most demanding users

It is a command line environment for Windows with which we will make interaction with our computer easier to use. It has a powerful set of tools that will serve as an alternative to CMD, allowing us to run multiple command line applications simultaneously in several tabbed windows, being compatible with Bash, PowerShell, Cygwin, etc. It also provides a text editor that allows you to edit multiple text files simultaneously, which can be very useful for programmers since they can edit the source code of different languages in one tab and run them in another.

FireCMD is priced at $ 39, and it also allows us to download a trial version from its website . 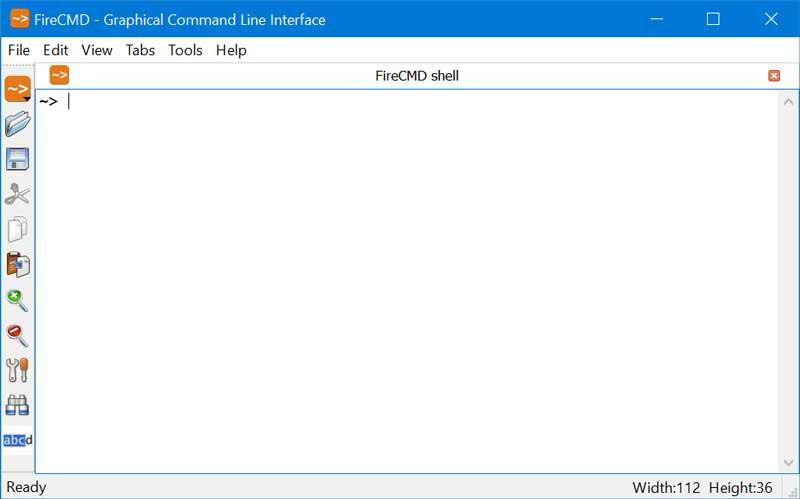 We are talking about a professional terminal emulation software for Windows, being of great value for advanced users. It has an extensive list of emulations and powerful functions that will make our lives easier, as it is considered a Swiss army knife for terminal emulators. It has compatibility with multiple tabs which allows you to have several sessions open at the same time. In addition, it has mouse and keyboard support, direct printing and line graphics, allowing you to search for specific text fragments to highlight them.

ZOC Terminal is priced at $ 79.99 and can be downloaded from this link . 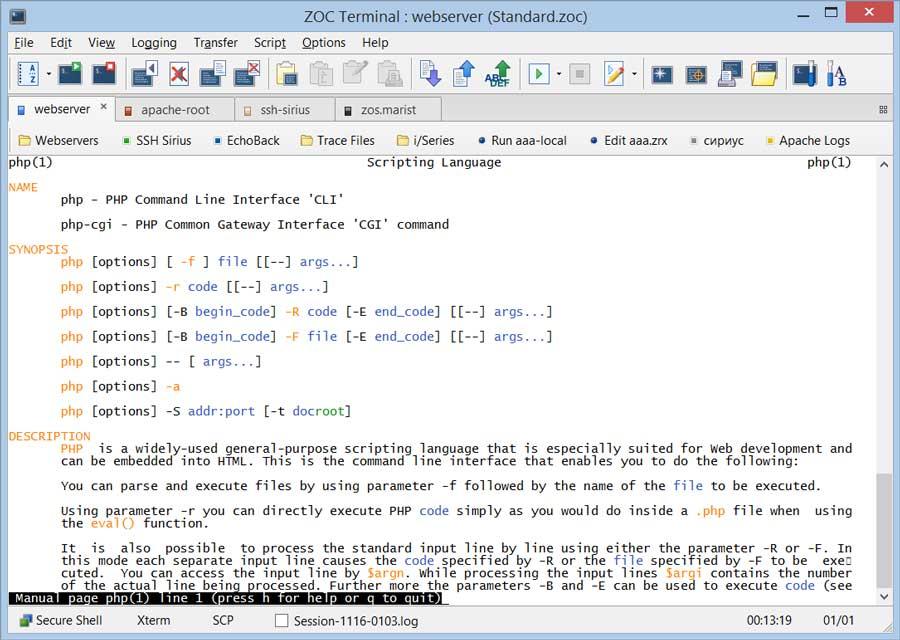 What program to use as an alternative to CMD?

How can we verify that there are a good number of alternatives that are much more effective and complete than the classic Windows Command Prompt tool. Unless we are very advanced users, any of the free options must be more than adequate for our use. Many of them have similar functions such as tabbed view and highly customizable interface. It never hurts that we can try them one by one and check which is the one that best suits our work style. In any case, Cmder is a very popular application that will surely be able to satisfy our needs. In addition, it is portable so it will not be necessary to carry out any type of installation.