Text editing is the order of the day from our computers, for which we use specific applications that are more or less complex. One of the best-known proposals is Microsoft‘s Word, although at the other extreme we also find Notepad included in Windows itself.

Using one application or another will depend largely on the needs we have in each case, since there are all kinds of them. Before we have mentioned two clear examples as well as well known because it could be said that they are at both extremes. With this, what we want to tell you is that the program included in the Office suite is one of the most complete editors that we can find. On the other hand, if we don’t need to create complex documents and we don’t want to complicate our lives, the aforementioned Notepad is perfect. In fact, here we are faced with a simple application that is included by default with the Redmond operating system itself. It has been with us for a good number of years and has not changed much since its inception. But it is necessary to take into account that, if something characterizes this tool, it is its simplicity and functionality . It is a text editor specially indicated to generate plain text documents that we can use later in multiple jobs. It will even help us to generate programming code that we will use later in the corresponding compilers.

However, due to its widespread use, despite its simplicity, some users ask for other functions that are more in keeping with the times for Notepad.

Changes that should come to Windows Notepad

For a few weeks there has been talk of the arrival of the dark mode to the aforementioned notebook in the preliminary versions of Windows. This is something that is expected shortly for just everyone on the Microsoft system. Although it is not a particularly significant functional change, at the user interface level it is important. However, the Redmond firm should work on other features to improve this text editor. 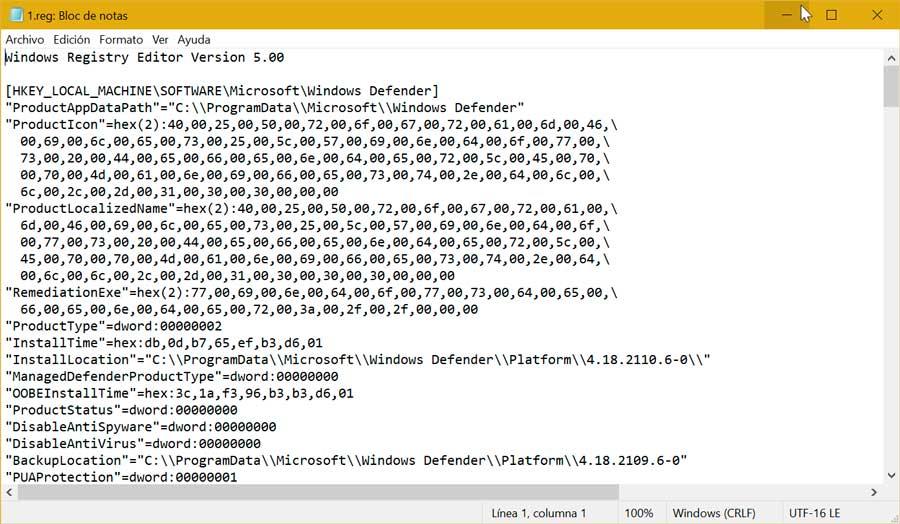 As a curiosity, we will tell you that if we press the F5 key on the screen, the current date and time will be printed when working with the mentioned Pad. However, it is worth noting that this is one of the few key combinations found here. Although working in this editor is not too complicated, certain combinations are missing for some of its most common functions. In the same way, surely many also miss being able to work directly in the cloud .

This would allow us to save our documents created here on platforms such as Microsoft’s own OneDrive. Changing the third, as happens with many other applications included in the system, one of the utilities that would be very welcome in Notepad is being able to work with tabs . This would allow us to open and edit multiple text documents simultaneously, all from a single window. In the absence of these tabs, we could at least split the screen to work with two projects at the same time.

In turn, the available interface could be somewhat more functional, for example, including a ribbon of superior functions as is the case with WordPad, among others.