Amazon’s Fire tablets are an excellent option to have a cheap tablet and access a multitude of multimedia content. However, the company only sold two models in Spain, with a size of 7 and 8 inches. The maximum available resolution was HD, but now with the new Fire HD 10 we will finally be able to enjoy a cheap Full HD tablet full of content.

Amazon today announced the arrival in Spain of its Fire HD 10 tablet , which has been available in the United States for two years, and which finally officially arrives in our country. The tablet has a 10.1-inch screen with Full HD resolution , with a battery that offers up to 12 hours of autonomy, which is charged in just 4 hours thanks to the fast charge that it integrates. The connectivity it uses is USB C. Internally we also find 32 or 64 GB of internal memory depending on the model we choose, as well as a slot for microSD cards of up to 1 TB to be able to store all the content we want. The processor that it integrates has 8 cores at 2.0 GHz, complemented by 3 GB of RAM . Its weight is 465 grams, with dimensions of 247 x 166 x 9.2 mm.

The tablet has Amazon’s Fire OS operating system, its highly customizable layer that is based on Android. In this layer we find all the great multimedia apps on the market, being able to access millions of movies, television shows, songs, books, applications and games. Among the apps it includes we find Prime Video, Amazon Music, Netflix, Twitch, Facebook, Instagram, TikTok, Twitter, Spotify, Plex, DAZN or Skype. Audible, El Mundo, Mitele, ATRESplayer, Filmin and RTVE Alacarta are not available.

The tablet also has a 5 MP rear camera and a 2 MP front camera in horizontal format to be able to make widescreen video calls with friends, family and even co-workers, together with two microphones. The tablet has apps like Office, Dropbox, OneNote, Outlook or Microsoft Teams to be a great companion in our workday to use a tablet as a secondary screen.

With the Fire HD 10 we can also use two apps at the same time with the split screen functionality, being able for example to be watching a series and chatting at the same time, being in a video call while we take notes, or reading a book and doing at the same time. once annotations of the same. As for sound, we have speakers compatible with Dolby Atmos sound through emulation, and we can also connect headphones by jack or by Bluetooth. 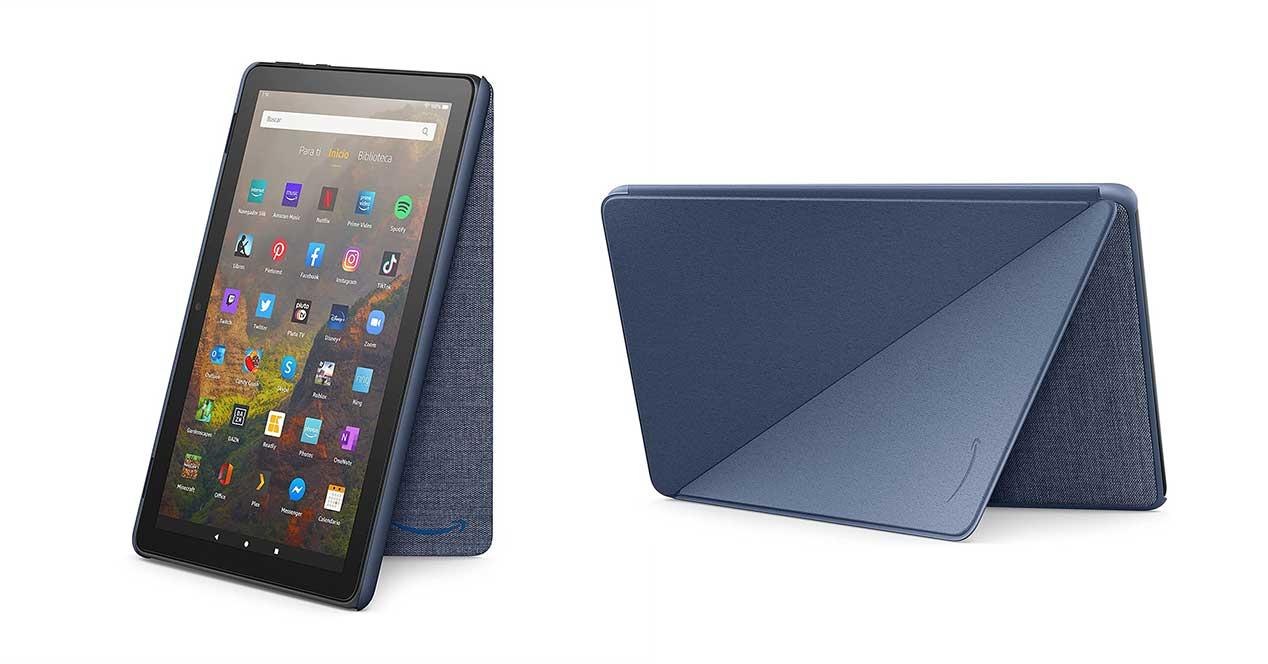