Realme remains firm in its commitment to give a return to the lower-mid-range market with a new smartphone that boasts of bringing 5G connectivity to pockets with tighter budgets.

This is the main feature of a Realme V3 that offers the possibility of connecting late to the latest connectivity standard without having to spend large sums of money. All this without forgetting other features of interest such as a 5,000 mAh battery, a striking finish, and good memory options, as you can see in this technical sheet of the phone.

The bad news is that, as of today, the phone cannot yet be bought in Spanish stores. However, it would not be strange that sooner or later the brand chooses to launch the terminal in Spain, given the great success of the company within our borders.

Realme’s 5G phone was discovered at the beginning of September 2020 with a design that mimics what was seen in smartphones from the same era, with a square module to house its triple rear camera, a fingerprint sensor and a screen with notch in shape. drop of water that users have never finished liking too much.

It comes with a 6.5-inch panel and a large capacity battery, but snobbish affects the weight of the phone, which stays around 190 grams, making the phone a fairly comfortable device to use.

The screen sports HD + resolution, something that affects the battery life in a better performance, although the display quality is lower. Its 20: 9 ratio means that you can see more than twice as wide as it is high, bringing the experience of watching a movie with your mobile closer to what we could have in the cinema.

Going inside the smartphone of the Chinese brand we come across the MediaTek Dimensity 720 eight-core processor, a CPU that is capable of reaching a working frequency of 2 GHz paired with up to 8 GB of RAM. The internal UFS 2.1 storage stays at 64 or 128 GB. These specifications, on paper, mean a good behavior in most apps, also allowing you to play at maximum speed and minimum thanks to 5G connectivity.

The phone’s triple camera setup mimics the 2020 iPhones and mounts three sensors in a minimalist design in the upper left corner. Here are those who like this format and who do not, but it is true that it integrates perfectly with the design of the phone.

At the hardware level we have a 13 megapixel main lens with f / 2.2 aperture and two 2 MP macro and bokeh sensors that don’t really add much to the whole. Its low luminosity means that at night or when the sun goes down we are not going to have a very good time and we do not have many shooting options, since there is not even a wide angle. As for video, 1080p at 30fps, the minimum required in 2020.

Front-facing camera features include an 8-megapixel selfie camera with which to generate decent but not perfect selfies. It also records video in Full HD. 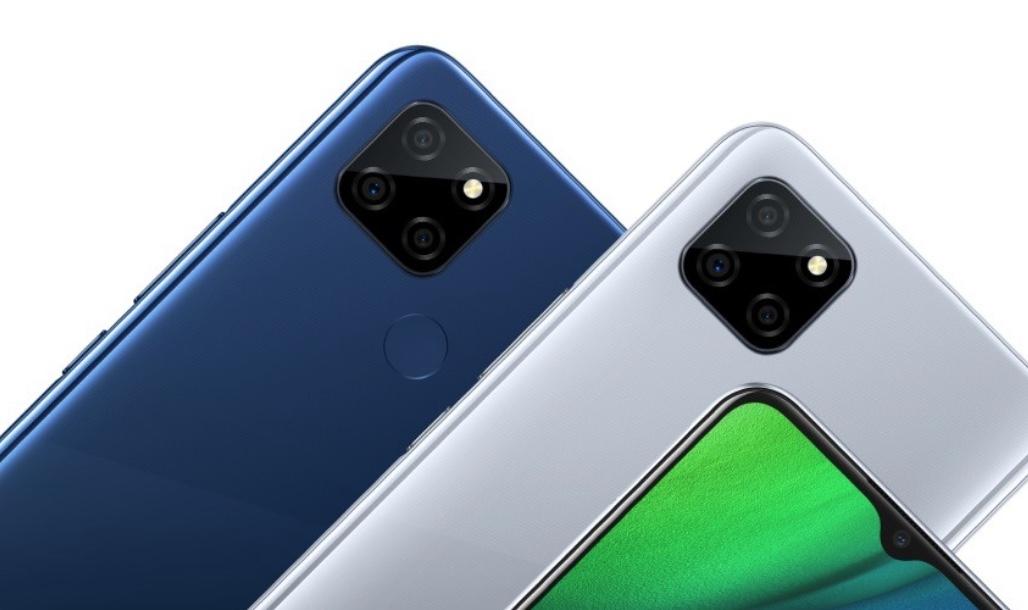 The 5G smartphone of the Chinese brand has one of its great attractions in a 5,000 mAh battery with 18 W fast charge, slightly higher than what we find in a smartphone with similar characteristics.

With these specifications, it is logical to think that we can play for a long time without worrying about having to charge the phone and that, when it has to be plugged into the power, around 3 hours will be enough to fully recharge this large capacity cell.

The best and worst of Realme’s mobile Sold in different memory options, the cheapest barely costs 120 euros to change. It can be purchased in China in white and blue but we still do not know if it will arrive in our country.