Most Linux users are looking for an increasingly powerful and affordable GUI experience for everyone. This is where desktop environments that facilitate our daily work with any distribution come into play. As a clear example of all this, one of the best known for years and that is about to receive a new version, we refer to GNOME 41.

We must bear in mind that many current Windows users reject the latest versions of the Redmond operating system. That is why they are looking for an alternative to this system, a Linux distribution. However, they are not in the mood for complications and want an affordable desktop environment that is powerful and easy to use. One of the most attractive options in this sense is found with the aforementioned GNOME desktop . What the new GNOME 41 environment offers us

We tell you all this because the GNOME 41 desktop environment has just entered the beta testing phase. From what we have been able to know, this new version is being tested with new applications and better support for Wayland, something that will surely interest many. The GNOME Project today released the upcoming GNOME 41 desktop environment on the Beta channel for public testing prior to launch. Everything indicates that this launch will take place at the end of next month, around September 22 .

It is worth mentioning that GNOME 41 will be the first major update to the popular desktop environment since the release of GNOME 40. Among many other things here we will find a redesigned overview of activities and also promises new applications. In the same way, new integrated features will be added, as well as numerous improvements and bug fixes compared to the previous version of the desktop . 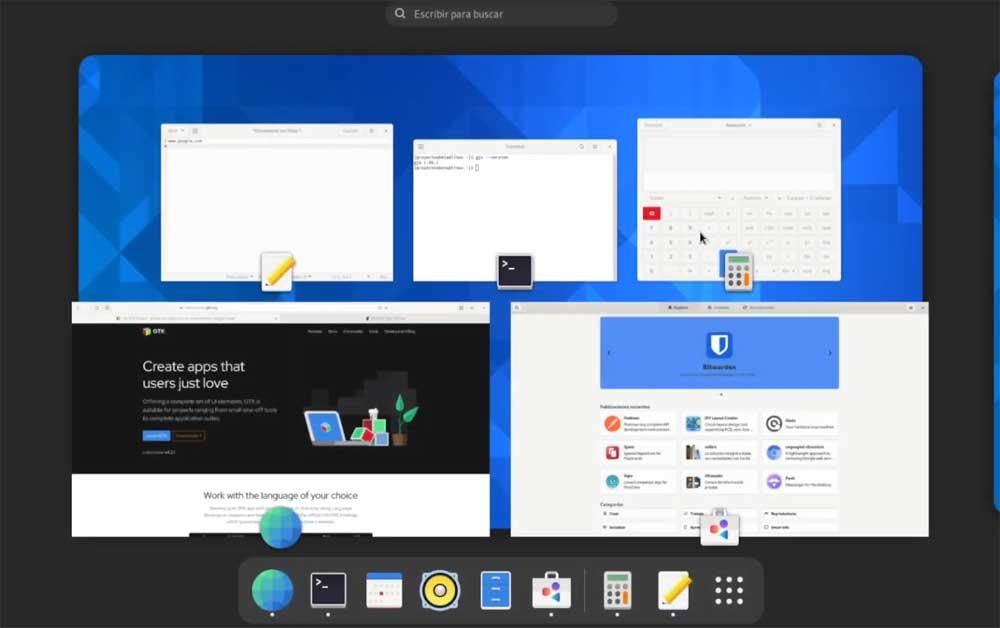 At this point, it should be noted that GNOME 41 includes a new Calls application. This acts as a telephone dialer and call manager. It is especially useful for mobile devices, but capable of handling VoIP calls also for desktops. In turn comes support for the GDM login manager, which allows Wayland user sessions. This is something that we will be able to do even if the login screen is in X.Org, as well as for NVIDIA GPU-based machines.

Other new features coming to the Linux desktop environment

On the other hand, it should be noted that the GNOME Calendar now supports opening ICS files and importing events. In addition, it integrates a new event preview pop-up window that will be very useful . At the same time now the GNOME Control Center shows us two new panels and the disk drives here now use LUKS2 for new encrypted partitions .

The new desktop environment for Linux also comes with a revamped user interface, they include a file manager, Nautilus , which in turn incorporates some changes. For example, we found a redesigned Compress feature, as well as support for creating password- protected ZIP files, among many other things.

Finally, we will tell you that the Beta version of the GNOME 41 desktop environment is now available and you can test it by downloading the image from this same link .