In the world of computers, Apple‘s, Macs, do not have a very good reputation when it comes to using them to play games, and although it is true that they are not devices designed for gaming, you can find really fun titles with which to spend a fantastic time playing on an apple computer. Therefore, in today’s post we bring you a compilation of fantasy games that you can play on your Mac.

Great options on the App Store

We begin this compilation with a game that you have available in the App Store and that without a doubt, will not leave you indifferent. It is one of the many titles that have been created on the popular Star Wars saga. In this case you will find yourself 4000 years before the Galactic Empire. Your mission will be to lead a group of heroes and villains in an epic fight in order to save the galaxy.

You will be the master of your destiny in this game since each decision you make will have its consequences in the rest of the events that happen in the game. You can design your character and play your way. Whether you prefer stealth and infiltration tactics, lightsaber combat or using Force powers, there is always more than one way to deal with every situation.

Tomb Raider: A Survivor Is Born

Another of the most popular titles in the world of action and fantasy video games is Tomb Raider. In this case, the young Lara Croft has been shipwrecked on a desert island and begins survival, having her instinct as her only weapon. Your mission in this game will be to help Lara perfect her natural gifts as she embarks on a dangerous journey to save her friends and escape the bloodthirsty inhabitants of the island.

Within the game you can find vital resources to improve the main character’s equipment, as well as her exploration, combat and survival skills to be able to fight in the best possible way against a ruthless cannibal culture. You will have to perform jumps, climb and move through dense forests, mountains that contain too many surprises and labyrinthine temples to end up discovering how a normal young woman ends up becoming the heroine Lara Croft, Tomb Raider.

Without a doubt, Divinity Original Sin 2 is one of the best games for Mac that you can find in the App Store. It has received more than 160 awards and nominations, and is now also available to be played and enjoyed on your Apple computer. In it you will have to form a team and discover a game experience that is full of ramifications, where each player has their own story in a world that has been abandoned by the dioases and dominated by evil.

The choices you make within the game matter, so take great care of every decision you make as only one can rise as divinity. Among the features of the game is the option to choose between 5 different fantasy races, each of them has its own history and personality.

Take advantage of Apple Arcade on your Mac

From the creator of Final Fantasy, one of the most popular titles in the world of video games, comes FANTASIAN. A breathtaking adventure from industry legend Hironobu Sakaguchi. This is an exciting new role-playing game set against a spectacular backdrop made of over 150 hand-produced dioramas that combine physical environments and 3D characters.

The story of this game begins in a kingdom that is ruled by machines and where within this multidimensional universe, balance becomes a key factor in the fight for these kingdoms and the intentions of the gods to control it. Players will have to take on the role of protagonists in this incredible fantasy game for Mac.

In this case, it is the Gold edition of Oceanhorn 2, the best version of the game to date that has new content, missions, improvements and items. This adventure takes place a thousand years before the events of the first chapter. It takes you on a truly magical journey that happens through the world of Gaia, a world that is full of mythology and traditions.

In this scenario is a young knight who will have to face a challenge so far impossible to complete because the sorcerer Mesmeroth has returned with an incredible dark army. However, for this you are not alone since Trin, the granddaughter of Archimedes, who was the leader of Arcadia, and Gen, a mysterious robot wielding an old samurai weapon, will join you to be able to face this evil sorcerer.

From the famous and award-winning developer from Japan, PlatinumGames comes this fantastic title to enjoy on your Mac. A game that mixes fantasy and combat action, World of Demons. PlatinumGames is a company known for its games for consoles and PC, such as the successful Bayonetta series.

Now it thrusts users into a fantasy world filled with yokai, a class of monsters and supernatural spirits traditional from Japanese folklore. Take on the role of a samurai leading an army of yokai minions as you embark on a mission against evil. The game takes place in a beautiful setting inspired by traditional Japanese artwork with magnificent settings drawn from ukiyoe woodcuts. In addition, along the way you will meet samurai allies and a collection of yokai, each with their own techniques and combination possibilities.

It is a game that mixes a lot of concepts, fantasy, a hybrid tactical RPG and a deck building game, taking the best parts of them. Spelldrifter combine the puzzle-like positional tactics of a turn-based RPG battle with the deep customization and playability of a collectible card game, resulting in a hybrid where players will have to juggle resources at their arrangement using both the time and space available.

It has the innovative Tick System with which players are challenged to think about the strategy of the card game from a new perspective. With each action of the character, the turns are intertwined in a single timeline, which with the mastery of it the players will obtain a great advantage in the battle. 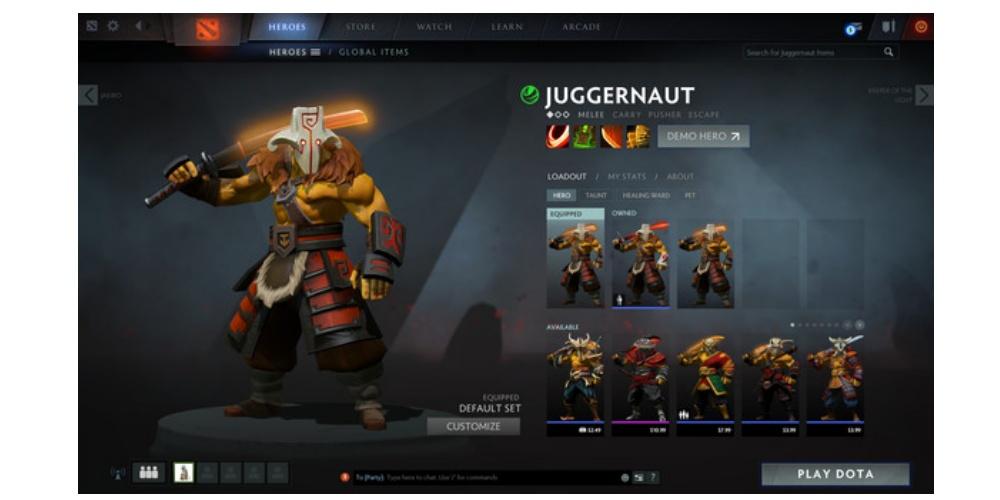 This Dota 2 is the most played game on Steam since every day millions of users go into battle embodying one of the more than 100 existing heroes in this game, this being one of the strengths of this game, the large number and variety of characters, abilities and powerful items that will be waiting to be discovered and enjoyed, all under the battlefield.

Unlike other games, in Dota 2 all heroes are free, that is, you will not have to pay anything to be able to use the character you want to use to go out onto the battlefield. This creates a competitive balance within the game so that users, regardless of the hours they have been played, find in this title the same fun as the first time they entered this world. 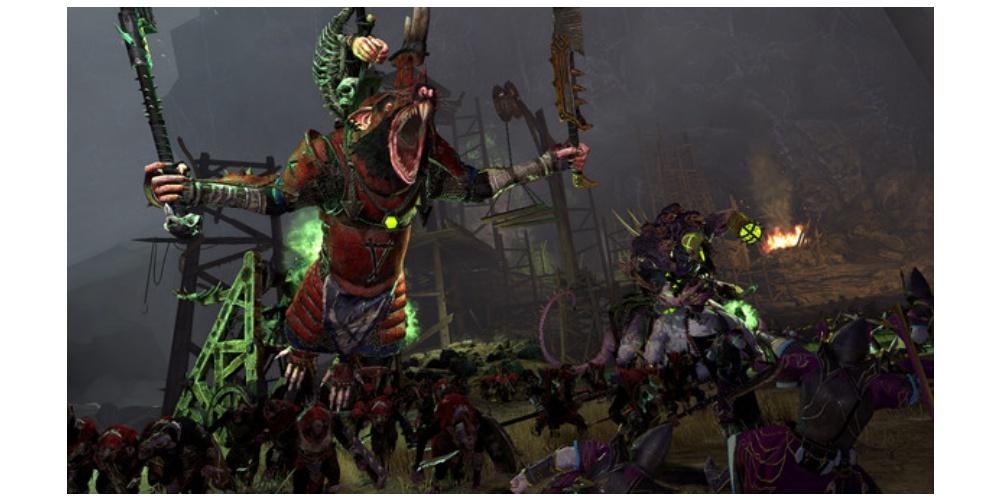 Warhammer II is a game that mixes fantasy with strategy, providing an epic experience. You will have to choose between four exclusive factions and decide how you will face the war, if you will launch a conquest campaign to save this huge and fantastic world or, if on the contrary, your goal is to destroy it.

It has two very different parts, on the one hand you will have the option to play an open world campaign in turns, and on the other hand, you will be able to enjoy tactical battles in real time, all set in the fantastic landscapes of the New World. You can even choose how to play, whether to immerse yourself in an intense and attractive campaign or, on the other hand, the possibility of playing many times and challenging the world thanks to the multiplayer mode in which you will have a fantastic personalized army, made up of your favorite units. This is the second installment of the famous saga that stars a professional monster hunter, the great Geralt of Rivia. This game tells a mature story that will make you reflect and enjoy one of the most elaborate role-playing games. Set in a time of unprecedented chaos, where very powerful forces clash in a struggle for power and influence. Kingdoms of the North mobilize for war, however, this deployment is not enough to stop a grisly massacre.

Within the game you will find a story that is not linear, that is full of emotions and set in a fantasy world like no other. The adventure in which you will embark with this game is complex and extensive, where each decision can cause very varied consequences. In addition, it has more than 40 hours of game where you have 4 different starts that will take you to 16 different endings.