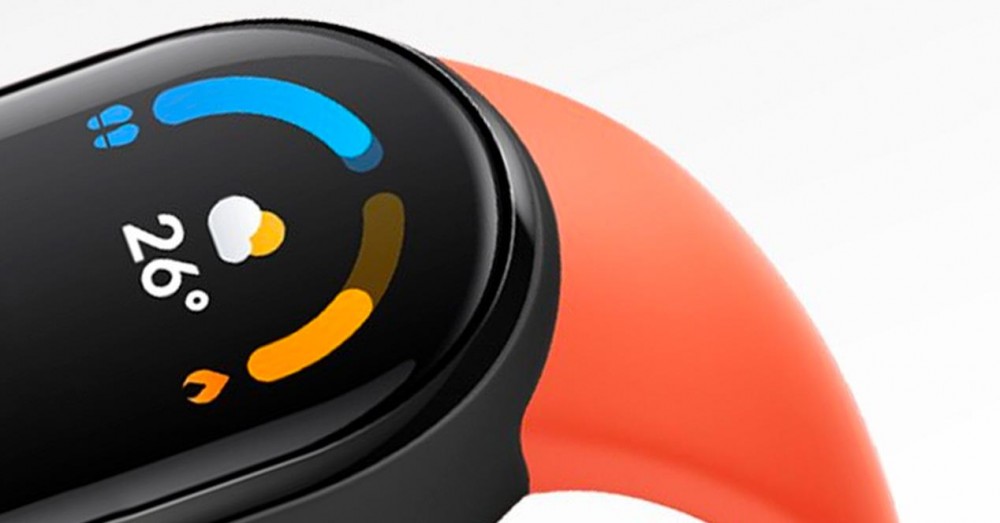 Surprises that life gives you. It seems that in the end the new Mi Smart Band 6 will not be so similar to the current Mi Smart Band 5. It is just what we can see in the teaser that the brand itself has shared through the networks, since in the ad image From the next event we can see a section of the smart bracelet that reveals a very peculiar screen, and it seems that we will be facing the largest screen in the history of Xiaomi smartbands.

With the motto “know a bigger vision”, Xiaomi drops that the new Smart Band 6 will have a larger screen than we used to find in its smart bracelets. And it is that in addition to that phrase, the banner of the announcement of the official event that will begin on March 29, shows a part of the device, where you can clearly see that the screen will be quite special.

You just have to take a look at the progress bars of the accumulated steps and the calories consumed, since they form a semicircle that reach almost to the bottom of the screen. And it is that as we can see, the screen will be round at its ends, allowing to extend its size to the maximum until it reaches the limits of the body bezel.

We would therefore be facing a smart bracelet in which the screen would occupy a large part of the front of the body, since it is expected that the lower part (the one that is not seen in the image), presents the same finish. In this way, we would be facing the first Xiaomi smart bracelet that offers a full screen design, something that will especially attract attention if we take into account the prices that these devices usually handle.

Recall that the latest rumors suggested that this new model will have a blood oxygen saturation sensor, and there is also talk of the presence of Alexa as a smart assistant. All this is to be confirmed, but for the moment the aesthetic seems to be a mystery rather than solved. It’s something.

A day of many presentations

Tomorrow, March 29, a very busy day awaits us as far as Xiaomi is concerned, and the brand plans to launch many more devices in addition to the Mi Smart Band 6. It is expected, for example, that they show the new Mi MIX, a terminal that will debut highly innovative technology and that seems to point to a new liquid lens camera system that will offer a new photographic experience. It will also be the turn of the entire new Mi 11 range, with the arrival of the Ultra, Lite and Pro models, as well as new devices that will expand Xiaomi’s intelligent ecosystem .

If you want to know live all the news that Xiaomi will present in its conference, you will only have to follow the official channels from 13:30
﻿