As you know, Netflix has a huge library of movies and series that you can watch on your Windows PC, Mac or mobile devices. The platform, on the other hand, places strict limitations on recordings and screenshots , with most users claiming that they get a black screen when recording a small clip or taking a screenshot of the streaming service. But with this simple trick that we show you, you can do it with all the comforts to save your favorite moments.

Take control of Netflix at will Netflix is considered to be the best movie and web series streaming app, where millions of users around the world have loads of content at their fingertips . And there, there are many who seek to do it to take screenshots to have all the moments of their series with them.

It is true that Netflix allows users to download movies and series on any device, whether to a computer with a MAC operating system, with Windows, iPhone, iPad for Android phones… but it is also true that we have these types of limitations .

This is for no other reason than because these types of streaming platforms, like Netflix, use the encryption technology known as Encrypted Media Extensions (EME), which prevents the user from taking screenshots, screenshots or screen recordings. of the content that the user is reproducing. This is done to safeguard the video content from copyright infringement. But with a simple trick we can dissuade it.

You can do it with Fireshot

For its part, in all these moments, a quick screenshot can be the perfect way to preserve the raw emotion or even create funny memes to share with our friends and family of what will be our favorite chapters or scenes.

But is there any alternative solution? The answer is yes. There are some third-party tools that we can use to take Netflix screenshots. Yes indeed; you should know that some of them only work on specific devices, so it will work according to what you own.

One of them is made from applications like Fireshot , which is available for both iOS and Android and for Google Chrome, Mozilla Firefox, Microsoft Edge, Safari and more browsers. To make use of this extension, all we have to do is install it and we can start taking screenshots of our Netflix series. 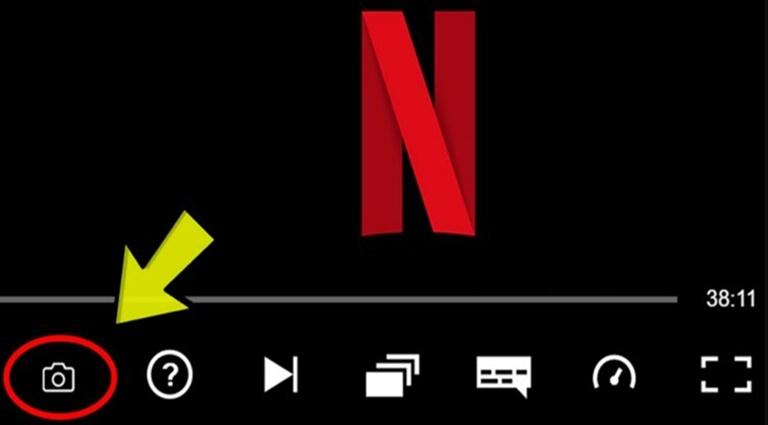 Easy and simple to install, just play the content, click on the icon of this extension in our browser and a drop-down will appear with several options: Capture full screen , capture visible area , or capture selected area . The options are quite descriptive, from which it will take several screenshots to choose the best shot .

It also has a preferences panel

There is no need to do strange and cumbersome processes, we simply have to press the capture button at the moment we want to save, or simply pause and capture. Therefore, all we have to do is play the content we want and run Fireshot so that we can capture the content at any time

In addition to its options, it also has a preferences panel in which we can modify the format in which the files are saved. By default they are saved in JPG, although we can also take screenshots in PNG. This extension is free , but it has a Pro version in which we can save the captures even in PDF and convert everything that appears written on the screen to text.