Many scientists today continue to research nuclear fusion in order to find a clean and inexhaustible source of energy . They want to build reactors the size of buildings, although others go for smaller designs. Scientists at the Massachusetts Institute of Technology have made a new breakthrough for these small reactors, using a new record-breaking superconducting magnet.

Even if they are larger or smaller in size, all nuclear fusion reactors have the same goal. The importance of magnets in nuclear fusion

These scientists have been working on both a fusion reactor design called ARC and this new magnet for years. The reactor has a radius of 3.3 meters and it is intended to recreate the same conditions that exist inside the Sun , thus releasing immense amounts of clean energy.

The hydrogen, deuterium, and tritium isotopes are superheated to form a plasma that must then be suspended and prevented from moving toward walls or other solid material. To achieve this, magnets are very important.

That is why scientists have always tried to find a magnetic technology that makes a difference and avoids this problem. 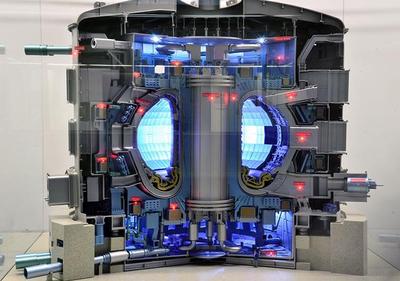 These magnets become superconducting when cooled to -260 degrees , but the ARC scientists wanted a superconducting magnet that operated at high temperatures, to create a much higher magnetic field in less space.

To start development, they used a kind of flat tape similar to what reels use. For years, work has been going on to convert such a tape into a high-powered magnet to be used in a test device.

The end result is a magnet that uses 267 kilometers of superconducting tape to form 16 plates stacked together. This magnet becomes superconducting and creates a strong magnetic field when cooled to about -250 degrees.

So this kind of superconducting magnet was created in this way. During the various experiments that were done with it, the magnet was gradually increased and a force record of 20 teslas was broken, being the most powerful magnetic field ever achieved using a fusion magnet.

Thus, the magnet was achieved to create a magnetic field greater than that which a reactor could create up to 40 times larger than the device that was used in the test, which is called the SPARC. 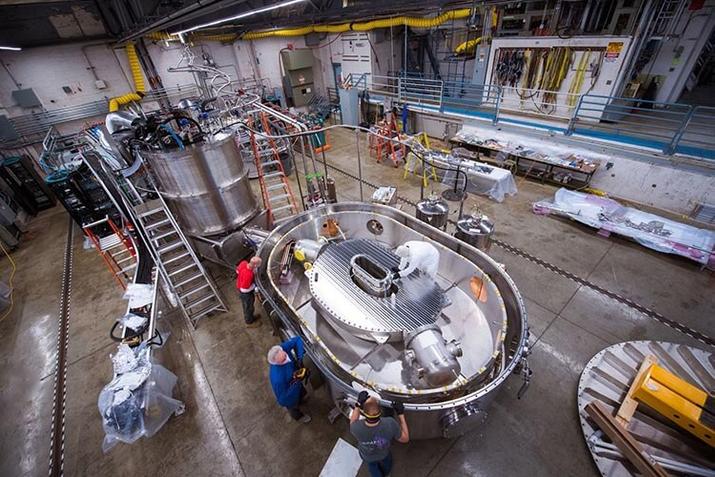 By innovating the magnet and applying all known knowledge so far, it has been more than enough to revolutionize nuclear fusion.

At the moment, no one has managed to create a nuclear fusion reactor that generates more energy than it needs to function , but this discovery with the new superconducting magnet could bring us closer to this, which would be something historical.