Many times we have talked to you about how to avoid certain noises in your transmissions or communications from the PC, but if there is a type of noise that is especially annoying and difficult to get rid of, so much so that it deserves a separate article, that is the sound of breathing . So, in this article we are going to tell you what you can do so that the sound of your breath does not sneak into your recordings, transmissions or communications through the PC microphone.

The thing goes beyond the simple noise of breathing; Especially in the hottest months, many of us choose to have fans so that the temperature of the room is somewhat more bearable, and unfortunately the air noise generated by these fans is also something that can get into the transmission or recording, spoiling it completely. But do not despair, because if this is your case, then we are going to tell you what you can do about it.

Do not confuse pop filters with wind filters Before starting with the real solutions, we must make a special mention of the anti-pop filter that many microphones incorporate internally, and many others as an external accessory like the one you can see in the image that we have placed above these lines. Many people think that the function of these filters is precisely to avoid the sound of breathing or air, but that is not entirely true and we are going to explain why.

An anti pop filter, also known as a ” popfilter ” or simply ” antipop ” is a small screen (generally made of a very dense fabric) that we place in front of the microphone and whose function is to alleviate and cushion the air that we expel through the mouth with more power when saying certain words, or also to eliminate that “pop” sound that most humans make when we open our mouths, having it previously closed when we are about to speak.

Do the following test: put your hand one centimeter from your mouth and say words like “hello”, and you will see that you hardly notice air hitting the palm of your hand. Now do the same saying “good” or “but” and you will see how there is a small blow of air in your hand. This happens especially in words that contain the phonemes “Ps” and “Bs”, and is what is known as “pop”, and if this small explosion of air occurs in front of a microphone, it is generated in a noise peak.

The fact that the pop filter serves to stop these explosions of air makes one sometimes confuse and think that it serves to prevent the sound of breathing (which is air) or the fan from being heard, but a popfilter is not the same as an anti-wind or a “deadcat”, which is something that is designed for these purposes and that, for almost everyone, will solve a large part of the problem. 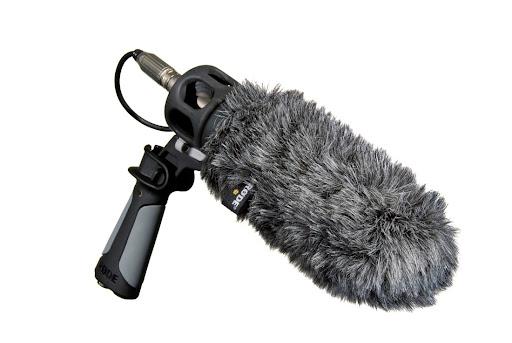 The wind filters , called deadcat because of the horrifying look they have, are a cover made of hair (usually synthetic) that surely sounds familiar to you from having seen them on television, especially in sports broadcasts or outdoor events. Its function is precisely to avoid those air explosions of which we have spoken before, and with one of these devices you will be able to effectively eliminate the sound of your breathing and especially the air noise that a fan can put in. have close to you.

A slightly less effective but certainly less “ugly” variant are the foam windscreens like the one you can see in the image below. They are caps that are installed, like the deadcat, on top of the microphone as if we were putting a sock on it, and generally they must be made to measure for the microphone model you have. 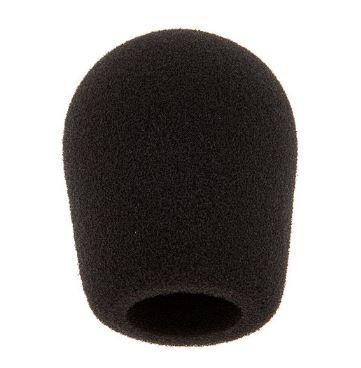 A home remedy “to make the fix” but that still works if you don’t want to spend a penny, is precisely to cover the microphone with a thick cloth sock or cloth; However, be careful with this because if the fabric is too thick you could muffle the sound and the microphone may not adequately capture your voice. 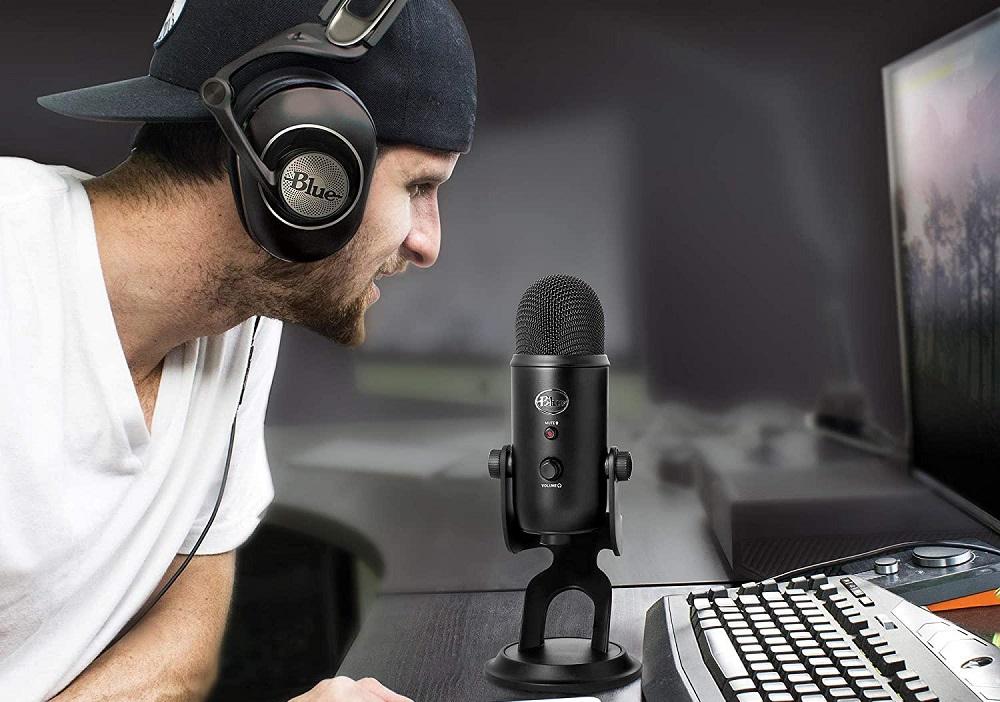 Properly positioning the microphone is essential to have a good quality in recordings or transmissions, and especially in microphones with high sensitivity. Doing it correctly will not only avoid vibration or shock noises, but it also helps to avoid capturing the noise of your breathing or the sound of the air moving the fan.

For starters, don’t place the mic too close to your mouth: a suitable distance is at least 10 centimeters for tabletop microphones and a minimum of 3-4 centimeters for those built into headphones. If you place them too close to your mouth, the sound of your breathing will be captured, and in fact the “pop” effect that we have talked about before will be much more noticeable.

In the same way, and unless the microphone is unidirectional, make sure that it is not exactly in front of your mouth at a 90 degree angle. Do you know why many singers tend to hold the mic to the side of their mouth? Because this helps that the sound of breathing or “pop” is not captured. Do the same: try placing the microphone slightly tilted , and as we said, do not worry because unless it has a unidirectional pattern and / or that you turn it around, it will not harm the captured sound.

Finally, we can comment that unless you are using a deadcat, the sound of the air moving the fan is the most difficult to alleviate … relatively, because again strategically placing the elements comes into play. Try moving the fan around so that its airflow doesn’t hit the microphone directly (for example, putting you in the middle to cover it), or if you can’t move it, then relocate the microphone. The trick here is just that: prevent the airflow from the fan from hitting the microphone directly.