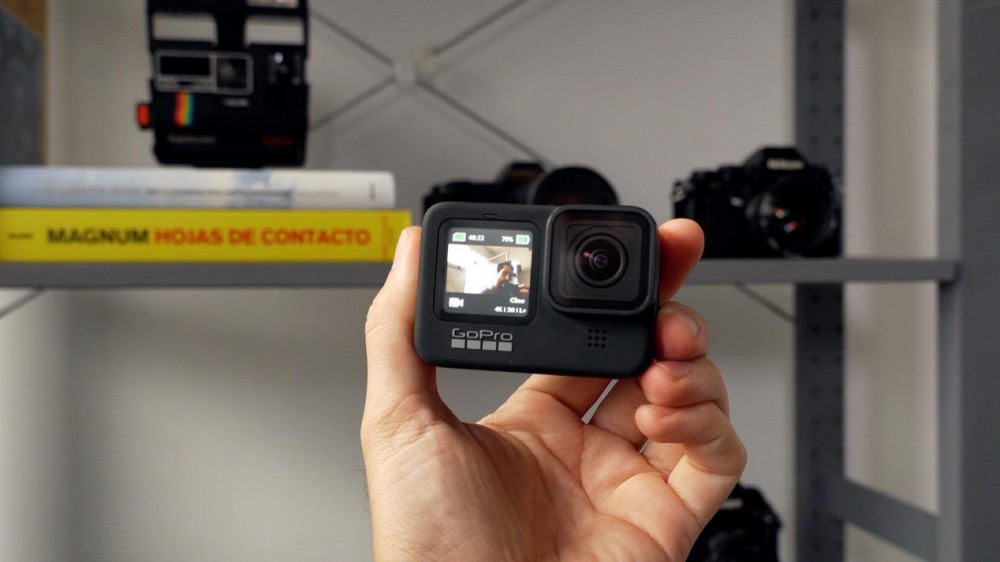 GoPro opens the doors of its best camera to date, the Hero 9 , through a new open API initiative that will allow developers to integrate the use of it in their projects. And be careful because very interesting things can come out.

The Hero 9 Black opens its doors to third parties

After the initial success that the company had with its first action cameras, the truth is that GoPro was not having a good time until the Hero 8 and Hero 9. It was with these last two cameras, plus the Hero Fusion, as the company began to raise its head a little and return to profit.

The change of approach, more attractive prices and the possibility of using them for different things as different as streaming made many begin to consider them again as an interesting option for what they wanted to do and that it was far from that for what they always were. spectacular: extreme sports.

Well, now the company is launching a new open API initiative that they have called Open GoPro and that could change all this much more, but above all start to consider the Hero 9 as a very versatile camera for all kinds of projects and situations.

With this API, what developers will have access to a series of functions that the Hero 9 offers:

Thanks to this, very interesting things can be done from applications or devices from other brands. Something that some already do. For example, Amazfit allows you to control the GoPro Hero 9 through the screen of your watches using the wireless connection. An option that also existed for the Apple Watch, but that disappeared and could now return.

Other brands such as Centurion Boats that integrate a control from the helm screen for boats that they sell. Also Orqa that allows you to control the camera when it is mounted on an FPV drone from its own app to view the captured content through the glasses.

Without forgetting neither Pixellot nor Sena. The former offer a solution for the control and management of content transfer when broadcasting sports through their own platform. And the seconds allow you to use voice commands through your headphones to control the camera. The latter is something useful to do in windy situations or when riding a motorcycle.

GoPro Hero 9, a camera with a lot of potential

Undoubtedly, the news of the arrival of this Open GoPro will make the Hero 9 a much better camera still and with immense potential for a wide variety of uses.

In addition, as we said at the beginning, this open API is already available. Like the new firmware 1.6 that also improves aspects such as the speed of turning the camera on and off or the connectivity with the Quik application, the sensitivity of the touch controls and the reliability when using The Remote as a remote control of the camera.