Within current mobile phones, the truth is that we will be able to find a good number of sensors that will give us the possibility of having different functionalities. And is that each of these, is thinking to meet a specific objective, so the lack of any of these components in a terminal, either because it is not integrated or has been damaged, could complicate the use of our device. As is the case with the gyroscope of smartphones. This element is one of those sensors that we can find in the vast majority of terminals today. In addition, it began to spread in the smartphone market for a few years now, so it is rare to find a phone without this internal component. But, there are many users who do not know exactly what it is and what it is for having this element. They don’t even know that it can be misconfigured due to some kind of error. For this last reason, we will also explain how to calibrate the gyroscope of the mobile .

A few years ago, mobile phones had accelerometers, a component with which the terminals are able to detect the orientation of the screen, in addition to determining our orientation on the map with the help of another element, the GPS. However, precision today is so demanding for some apps, such as video games, that it was already necessary to have an extra component. 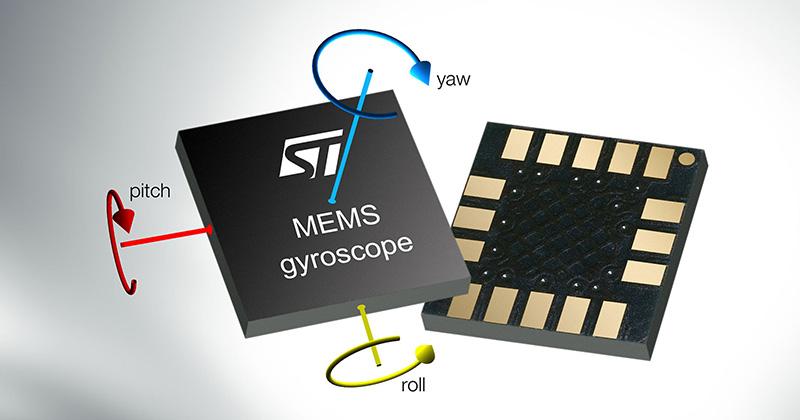 Precisely for this reason, smartphones began to have the famous gyroscope . Basically, we are facing an electronic type sensor. More than anything, it is a device designed to measure the change of angles of an object. In other words, it helps with the orientation of the object. It is a very simple device that only consists of a wheel positioned so that it can rotate around an axis.

Therefore, we are facing a component that works in such a way that they are capable of detecting changes in the position of the smartphone itself, converting said movement into a low-current electrical signal , which is amplified and identified by a microcontroller. This last element is in charge of sending the signal to the operating system so that it acts accordingly.

For what do you use it

Now that it has become clearer to us what the gyroscope of phones is, it is time to go on to discover if it really is so widely used today, in addition to knowing if it is really necessary in today’s terminals. Therefore, this internal device supposes a more precise registration of both the position and the movement of a smartphone. In addition, if its data is joined with that of the accelerometer, together with other sensors, it can provide fairly accurate information on where the mobile is and even if it is moving or rotating on any axis.

For example, the use of this internal component is very common in games where by tilting the smartphone you control the action, as could be the case in driving games. However, this term began to become more viral with the launch of Niantic’s Pokémon GO game, since those who did not have it could not use the AR mode, that is, augmented reality. 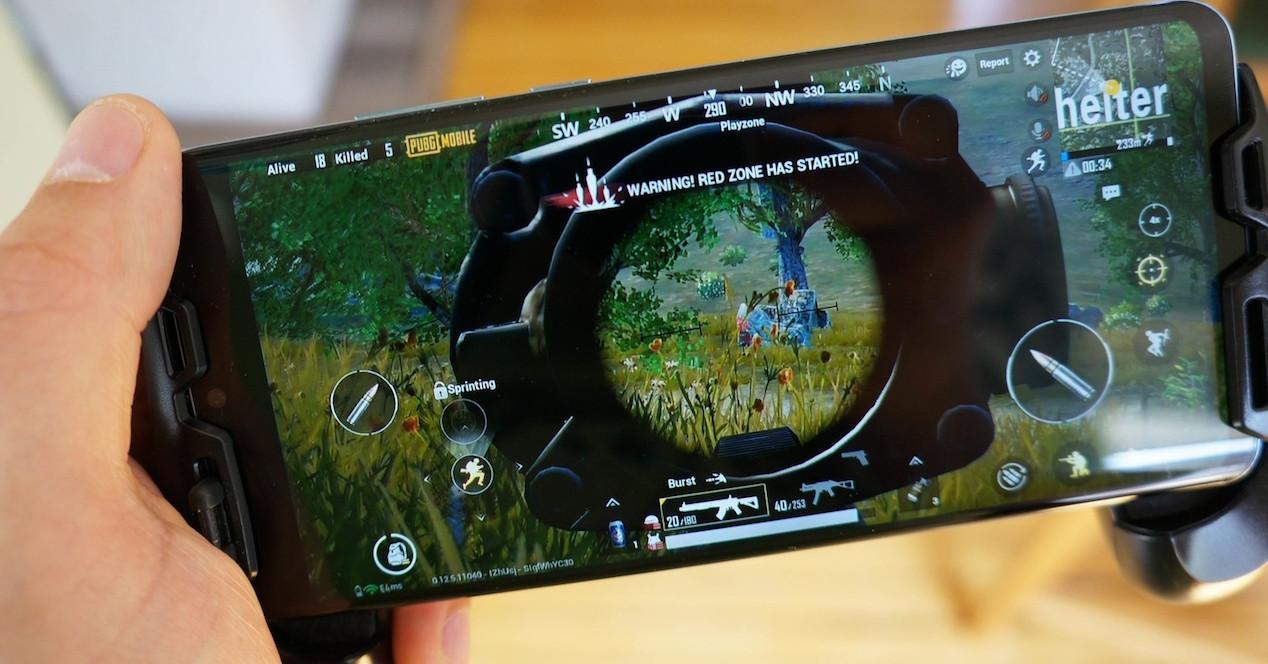 Although it is not the only case in which we can make use of this gyroscope . We can find that some social network apps such as Instagram or Snapchat need the smartphone to have this to be able to apply some of its filters that have virtual reality objects, in order to be able to apply it correctly.

It will even be necessary to use 360-degree vision in apps like Google Maps. For this reason, it is important that the gyroscope of mobile phones is well calibrated , since it not only has a single use, but there are several functions that it can carry out.

Like any sensor in a mobile device, it may be misconfigured for one reason or another, but, luckily for us, in this case we will be able to calibrate the gyroscope on our own without having to resort to a professional or the technical support itself. signature of our phone.

In addition, the failure of the sensors of mobile devices is something more common than we think. Therefore, if we have noticed that the phone does not respond well when we make a turn in a game, it is time for you to learn to adjust it on your own.

Of course, this allows us to calibrate the gyroscope on some Android phones without downloading any additional third-party software. However, for this we will have to make sure that our phone has the integrated CIT menu. And it is that no longer all the terminals with the Google operating system have this possibility.

In addition, depending on the brand we could access this menu in one way or another. Although, we will try a generic route. Therefore, go to the phone settings, go to About phone or similar, and look for the version of Kernal. You will have to press several times on this option until the CIT menu opens.

Inside this, we will have to look for the gyroscope . Now place the mobile on a flat surface and make sure the X, Y and Z values are close to zero. At this time, press the confirm button for it to calibrate properly. 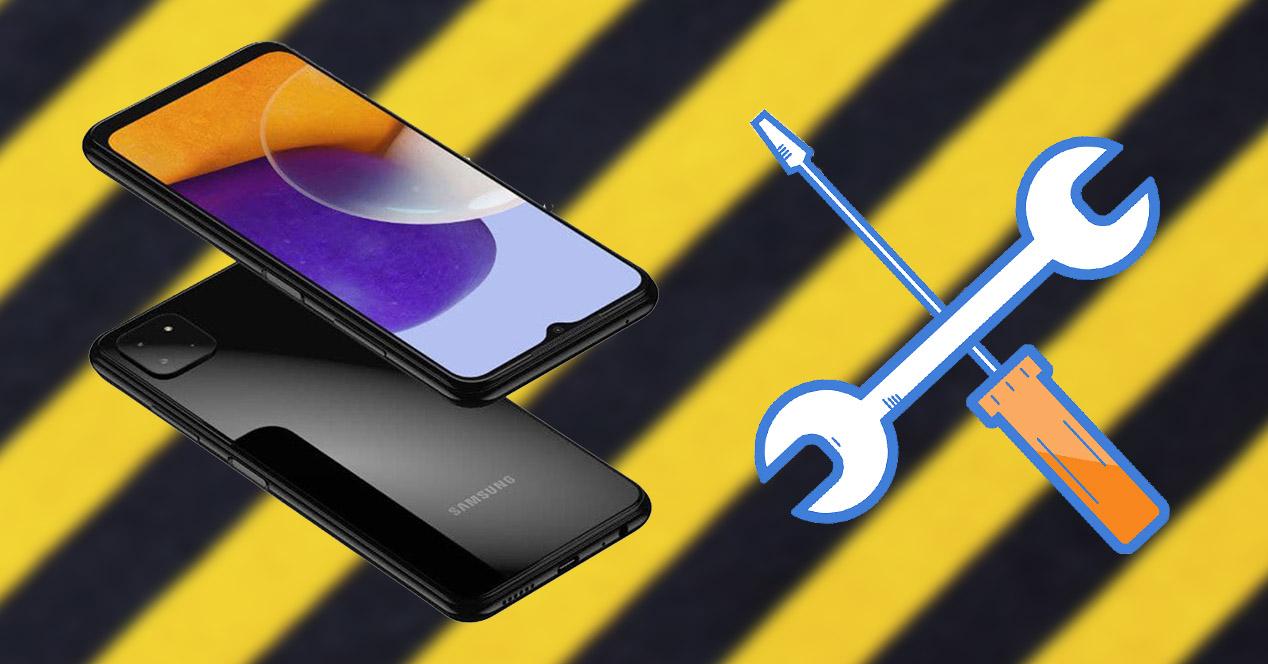 Although, the simplest and most practical method that can be performed on all devices will be by rotating the mobile 360 degrees in all directions. The first thing we will have to do is place the phone in a horizontal position and then turn it completely forward. After this, we will do the same movement, but sideways.

To finish with the gyro calibration we turn on its panel, but with the screen facing up. In addition, the calibration will work as long as we have the Automatic rotation option activated.

If it works badly …

If you continue to have problems with this sensor on your smartphone, we will have to use a third-party application. In this way, we will end once and for all with possible gyroscope failures in your terminal.

To do this, we will use this free tool that we bring you from Google Play is the Accelerometer Calibration app. And, with this option, we will end the problems of this sensor at once, since it is related to the accelerometer as we had seen at the beginning. 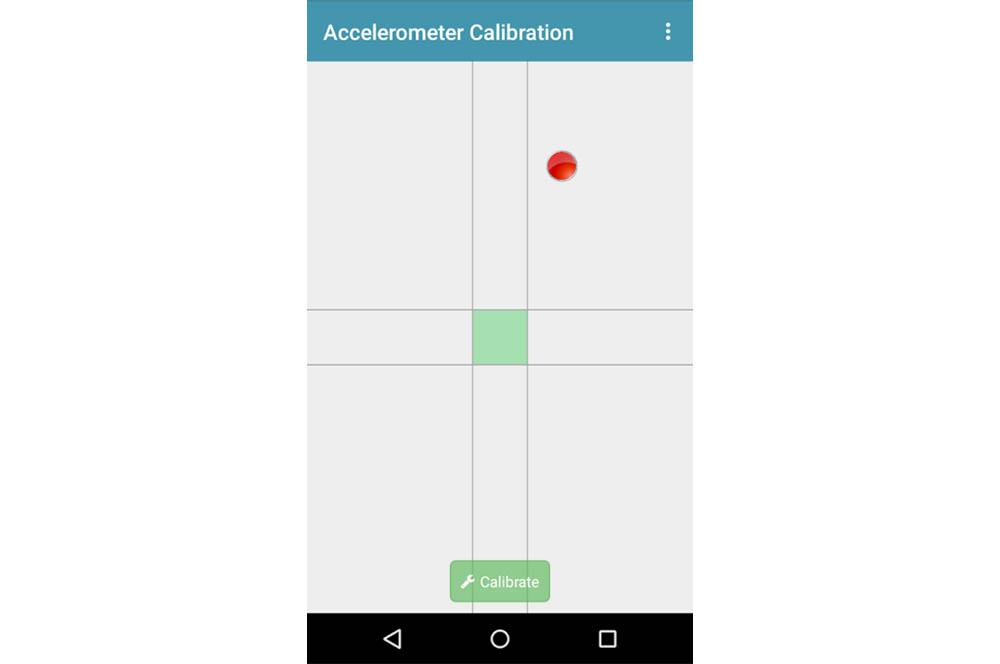 As soon as we install it, we will have to perform a small and quick process to calibrate the device. Both we will only have to move the red point of the screen to the black square and click on calibrate. Even later, you can notify us if the gyroscope of the smartphone needs to be calibrated again.