There are many space objects that are in orbit around our planet. There are many satellites like those of SpaceX that can even be seen from Earth, but there are also other objects that no longer serve any kind of function. This is space debris , which can be several different things such as spaceships that no longer work or debris that has been produced by carrying out different missions. These space fragments can also arise from the collision of satellites.

But exactly how much space junk is there on Earth? How much space junk is there?

According to data provided by NASA, currently around our planet there are more than 20,000 fragments of debris that are larger than a baseball.

But it is not only that, since more than half a million pieces of debris that have the same dimensions as a marble are also in orbit. Along with all these pieces, there are also more than 100 million fragments less than a millimeter in size.

All this space junk can be a big problem when it comes to conducting different space missions. When launching from Earth, if a rocket passes through an area where the concentration of garbage is higher, it can put the integrity of the spacecraft and the safety of the people inside it at risk.

However, space companies are taking action and establishing some measures to avoid generating more space debris, such as reducing the number of objects that are sent into space that can become garbage or studying and measuring these objects by using both telescopes and radars. 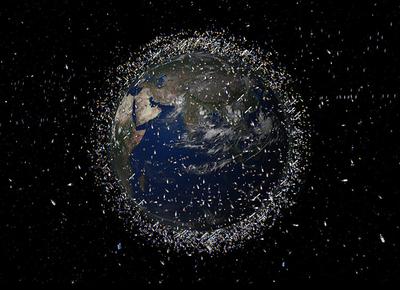 Just by looking at an image of the waste around our planet you realize the seriousness of the situation.

In addition, different companies such as SpaceX or Blue Origin plan to do different space missions in the coming years, which could lead to an increase in the amount of garbage in space.

However, the same company of Elon Musk assured that with his Starship spacecraft he will be able to collect space debris and store it inside the spacecraft without problems until his return to Earth, thanks to a system of doors that opens and closes. 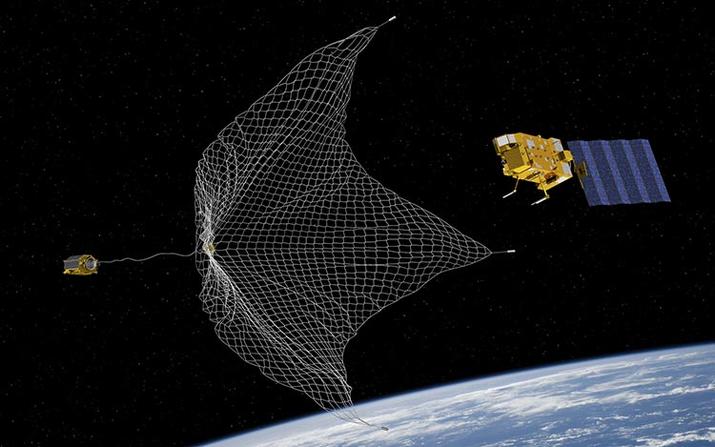 Other types of mechanisms have also been tried to try to reduce the amount of garbage that is orbiting the Earth, such as the use of a satellite that acted as a magnet and attracted debris towards it. The use of robotic satellites that are in charge of catching space debris and de-orbiting it is also a possibility.

What is clear is that a solution must be found before the situation gets worse. As an engineer from the European Space Agency said, sooner or later space will be a landfill and that will mean that satellites cannot even be used.