We have already seen countless remasters and remakes of all kinds, but what if we mix the best of both worlds and add a touch of the Minecraft universe to all that? That’s pretty much what we get with DOOMED: Demons of the Nether . 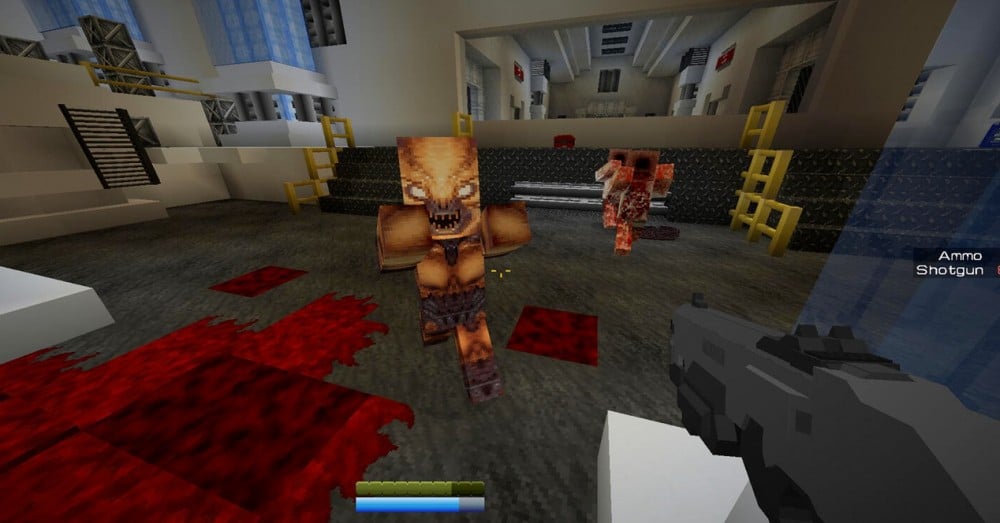 The result that DOOMED: Demons of the Nether offers us is surprising to say the least, since at first glance it looks like a normal and ordinary pixelated shooter, however, the surprise comes when we look at the details. And it is actually a very approximate representation almost like a remake of the first DOOM of 2016, since it has the same sounds and an extremely similar mapping of the original game.

But of course, the peculiarity here is that all the graphics are generated in Minecraft, since its creator, Sibogy, has decided to give life to the infernal universe of DOOM using the famous cubes of the game. The result, as you can see, is amazing, since it feels like a real shooter, without obviously losing the essence of the Minecraft world for obvious reasons.

The mime impregnated in the design of the level is finished with the use of the original DOOM sounds, since we will be able to hear the shots and the sound effects that sound in the ID Software game.

As can be seen in the gameplay video, the gameplay presented is identical to that of the original DOOM, since the player will activate a kind of dungeon full of demons that they will have to annihilate in order to continue opening the next gate. As you can see, the demons are not especially similar to the ones in the original game, but you already know that it is part of the charm of Minecraft.

The most striking thing is that its creator ensures that the project is completed using the original game resource packs, and a lot, a lot of command line, but at no time have modifications been used that go beyond the original graphics of the game .

No. The project is still quite green, and there is no complete level at the moment, so beyond the two demo videos that its creator has shared, for now we will not be able to see much more than that.