Going for a run outside can be one of the best activities we can do outdoors. It is true that now with the heat we cannot do it at any time of the day, but even so it is still one of the most practiced sports activities. Starting to run may not be as easy as putting on your shoes and leaving the house, as there is a process that is difficult to follow if you do not have experience. Therefore, we bring you some applications that you can use to start running.

If you want to burn calories, going for a run is just as valid an activity as going to the gym, playing a sport or even playing a video game with movement. To do this, we must carry out a gradual process that accustoms our body to physical activity , and for this there is nothing better than having help in the form of an app for our mobile. Start running is one of the best apps that we can use to get started in the world and start very little by little, which will ensure that we do not easily injure ourselves . The app has a training plan by levels that is special to motivate those who start running. 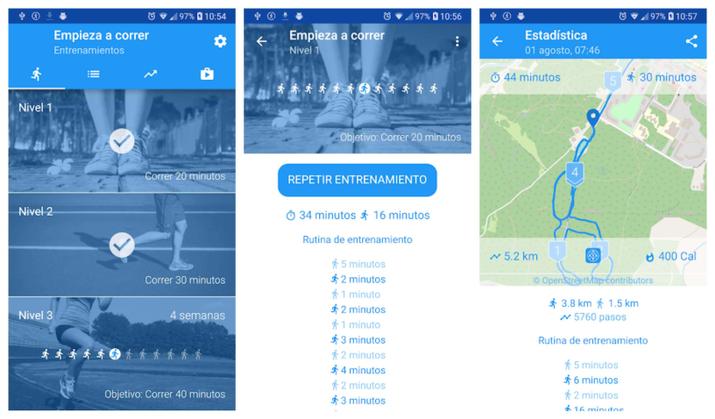 The training plan that this application has is divided into four different levels . Each level will consist of running for a little longer than the previous plan, and each plan will take you about four weeks running only three days a week.

An application that can also come in handy for beginners is this one from the sportswear brand adidas. This app will allow us to create our training plan with a route included, establishing its duration. In addition, it will also allow us to select what is the objective that we have going for a run. 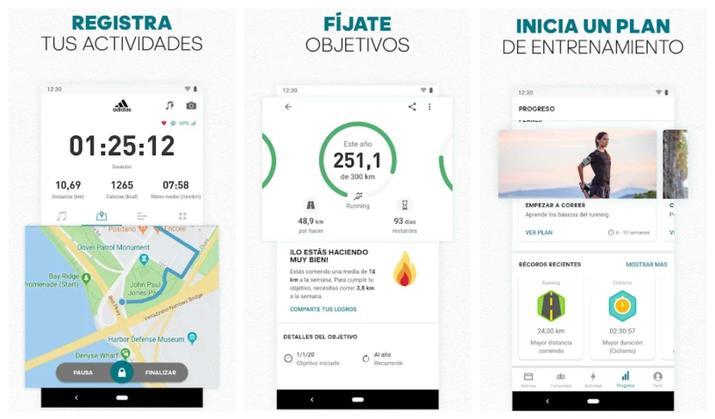 Thanks to the GPS of our phone we can see our route in real time and control details such as the pace of the race, the calories burned, the kilometers traveled and much more. The app will also unite you with a huge community of users, encouraging you to participate in virtual races and competitions.

ASICS also has its own app for runners, and this one works great for both experienced runners and those just starting out . The app also has a series of training plans that we can select according to our goals. 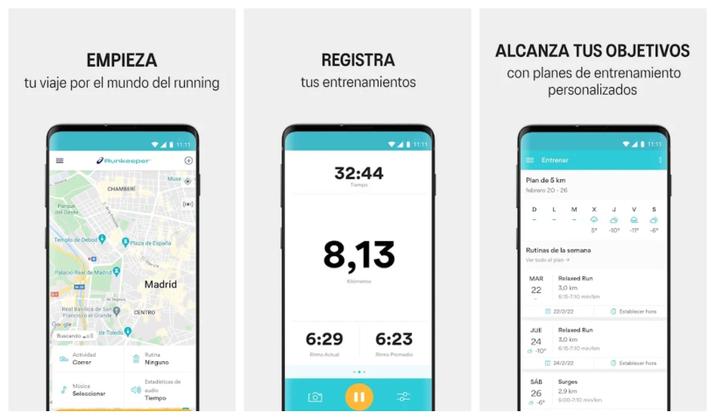 As if this were not enough, ASICS Runkeeper also has a series of monthly running challenges so that, once you have started running, you can put yourself to the test. With GPS tracking we can also control our route in real time, recording large amounts of very useful information to know how well you are doing.

Another app that is owned by a sportswear brand, in this case the Under Armor brand . The app allows us to select a race plan that suits us, so that less experienced runners can practice little by little. 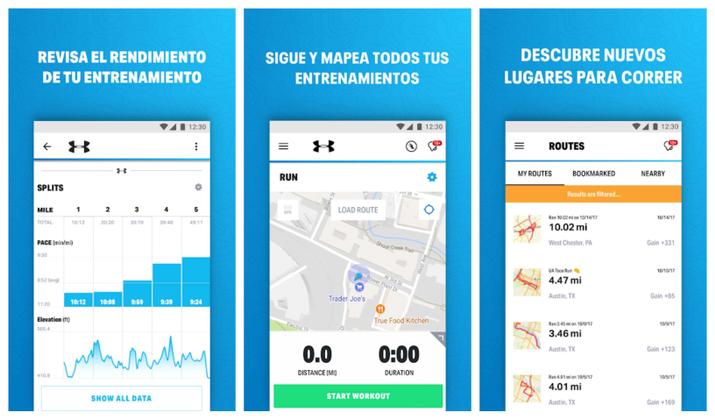 This app has for the races that we make some voice comments in real time , a voice that is also customizable. This voice will tell us important parameters for a race such as the pace, the distance and even the unevenness that the terrain can have.

Under Armor Map My Run
Developer: Under Armor, Inc.

Like the first app on this list, Couch to 5k & 10k is designed specifically for newer runners or even those who have never run before . The plan will give us a series of simple races three times a week, and we will progressively increase the time we are going to run in order to improve. 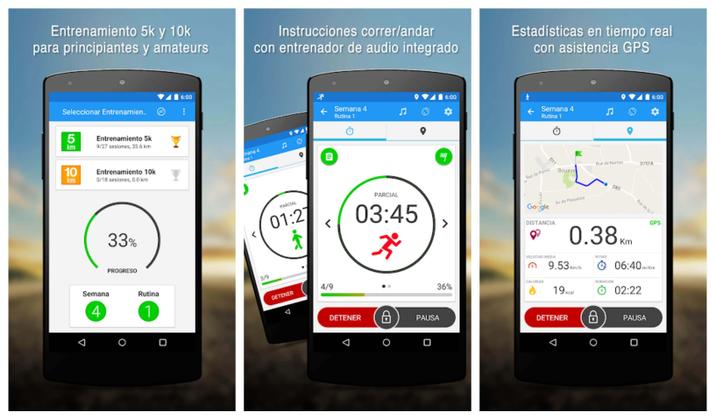 The app is very simple, however, it is full of features that make it great . It will show us in real time the distance we travel, the average speed or the rhythm, and it will let us listen to our favorite music player at the same time.